Life Services Alternatives believes all people with developmental disabilities have the right to live life to its fullest in our community. Twenty-four hours a day, we care for and support adults with special needs in neighborhood homes in Santa Clara County. Through personalized programs focused on skill-building, we make a difference in the quality of our residents’ lives, enabling them to reach their true potential.

Meet some of our residents.

We invest in training and development, and embrace a quality improvement process.

We respect and trust our employees, residents, and families. We are a kind and caring community.

We are an active part of something special. We encourage community and family involvement.

Life Services Alternatives was founded by parents who had a dream of establishing homes for their adult children with special needs. In 2002, LSA began a journey to establish quality homes and nurturing services so that adults with developmental disabilities – including those with enduring medical needs – could receive life-long services while living in a community, not an institution.

Dana Hooper has served as Executive Director of LSA since 2007. A high-tech veteran, he previously was Vice President of U.S. Operations for a German software developer. He is a leader in our community, working with government and nonprofits such as Lighthouse for the Blind and Visually Impaired (Board), Santa Clara Chorale and San Andreas Regional Center (Past President) where his son, Brent, is a client in supported living. 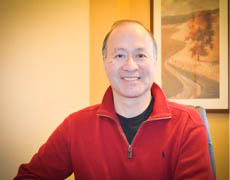 Duane Wong, CPA, joined LSA in 2009 and has 20+ years of senior-level finance and accounting experience with global high-tech companies and start-ups. He enjoys spending time with his wife and two young daughters as well as reading, jogging and travel.

Sharmean began her career in college as a Direct Support Professional, which inspired her to further her education and obtain her Master’s in Special Education.  She has worked with individuals with intellectual and developmental disabilities for more than 30 years in a variety of settings including; Adult Foster Care, Day Program, Supported Living, ICFs, and ARFPSHNs.  She joined the LSA team in January 2019.

Susan LeRitz has a diverse background providing support to individuals with developmental disabilities in a community setting for more than 20 years. Her specialties include residential care programs, day programs, and independent living services including working with seniors. She has served LSA since 2006.

Celia has been fundraising for non-profits both large and small for more than 17 years. She has worked for the American Cancer Society, March of Dimes, Autism Speaks, School Health Clinics of Santa Clara County and Alum Rock Counseling Center. Most recently, she was the contracted Director of Fund Development for Project WeHope.

Cynthia Hill, M.S.W., oversees three of our homes and the CITP day program. Cynthia has worked with  individuals with intellectual disabilities and behavioral challenges for more than forty years in various capacities. In her most recent role, she worked with clients transitioning out of developmental centers into community residential homes. 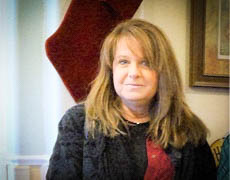 Hadiyah Fain joined LSA in 2019 with a background in marketing and corporate branding. Hadiyah specializes in web development, user interface design, and online market analysis. She aims to tell stories that are visually appealing, captivating, and true. Her passion is to serve her community by providing a voice for those who have no voice.

Jemma is a nurse with over 20 years of experience in various medical specialties. She joined LSA in November 2008 and helped open Empey. In August 2012, she became Administrator for McKendrie. 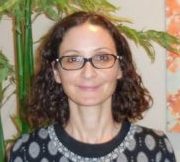 Shelly joined LSA in May 2007 as a Direct Support Professional. Her previous experience with seniors proved very helpful, and she was promoted to Administrator for Rivermark Home 1. She helped develop and start the programs for the Ramita, Humbolt, and Tamarack Homes. 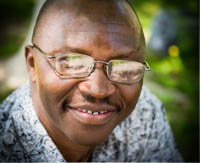 Joseph joined LSA in 2009 as a Licensed Psychiatric Technician. Previously, he worked at several community-based day programs as a caregiver and mental heath counselor. 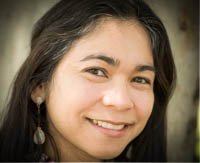 Armie was a nurse for five years and a nursing instructor for three years in the Philippines. In 2006, she became a registered nurse in the U.S. and worked as a nursing supervisor in a skilled nursing facility. In 2007, she joined LSA and helped opened Baywood. She is now the Administrator for Salerno and Empey. 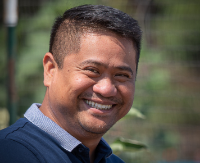 Roger's career has been dedicated to supporting individuals with developmental disabilities and seniors with Alzheimer's for 18 years. Roger started as a DSP for LSA in 2007 and has been instrumental in providing quality care and services to all of the homes.

Abigail started working for LSA in 2013. As her first job, she started out as a DSP working in multiple homes and grew to have special connections to LSA's residents. In 2020, she was promoted to Administrator for our CITP Program.

Edwenna started working at LSA as a DSP on September 2015. In 2018, she was promoted to Administrator for Rivermark Home 1 and Cambrian. Prior to LSA, Edwenna attended college, cared for Children with Developmental Disabilities and the Elderly.

Solomon started working for LSA in October 2011 as a LVN. He accepted the Administrator position and started shadowing back in September 2019. He has officially been a home Administrator at Ramita and Rivermark Home 2 since March 2020.

Prior to joining LSA, Solomon worked as a nurse in two skilled nursing facilities: Our Lady of Fatima Villa and Sacred Heart Jesuits Center. He also served as an LVN Nurse with IV certification at Valley Medical Center for two and a half years.

Donate in any amount to support adults with developmental disabilities. Every dollar helps us provide our residents with the best life possible.

Stay updated on the latest LSA news and progress. Sign up for our newsletter and get connected!